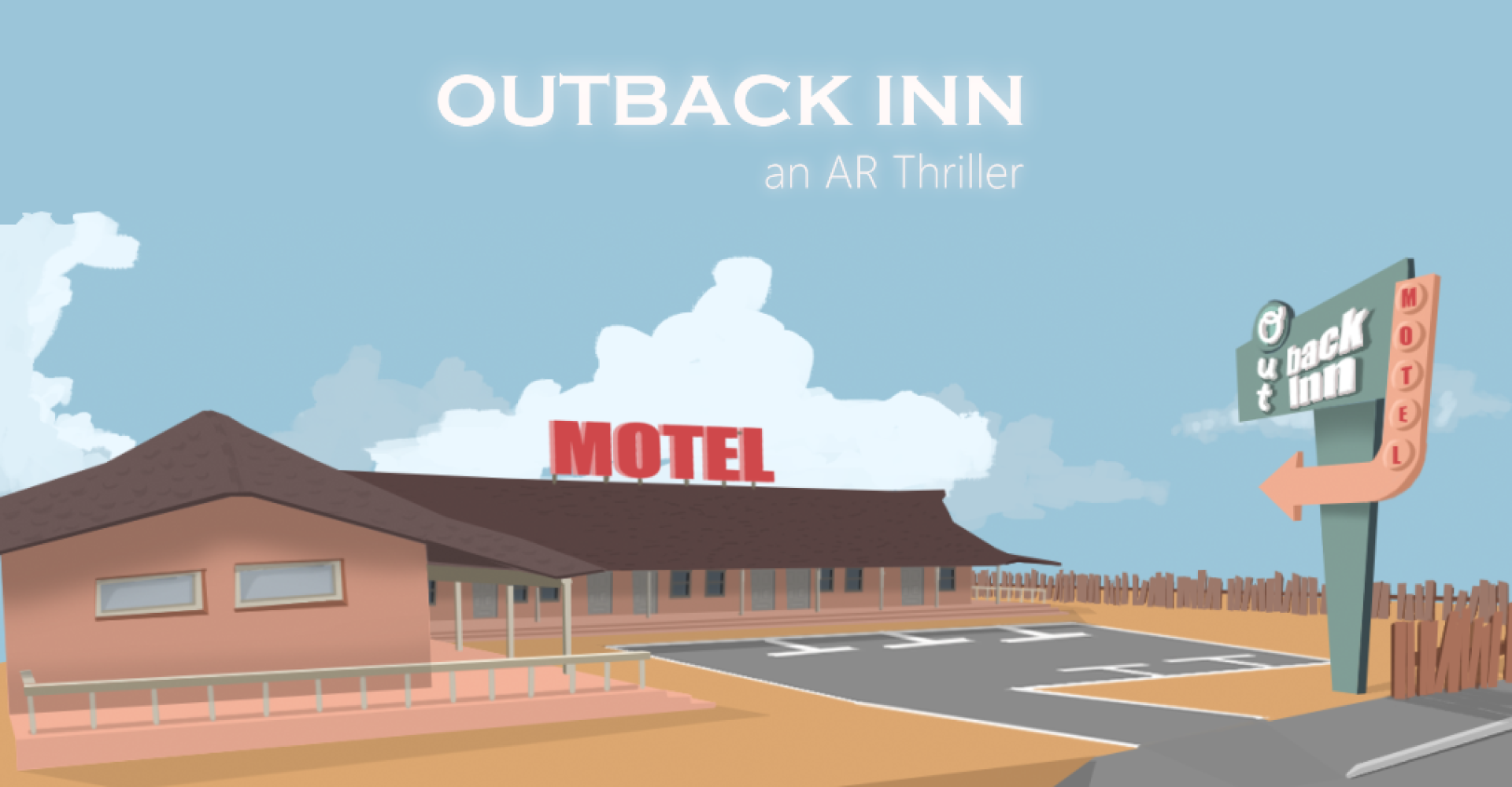 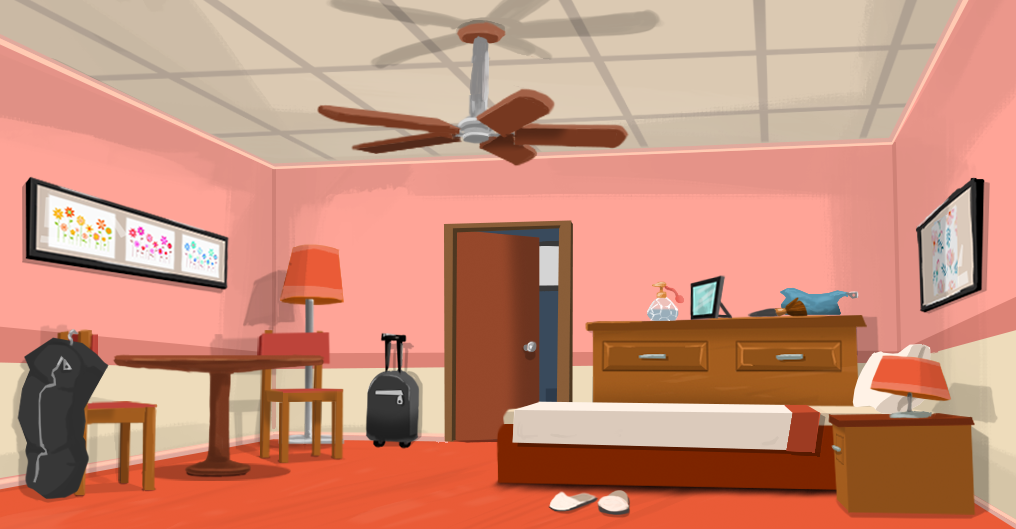 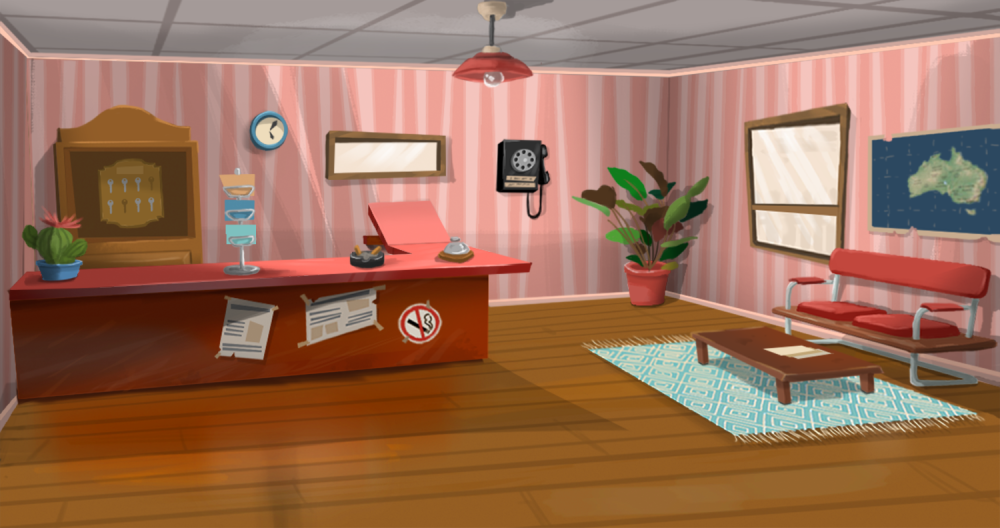 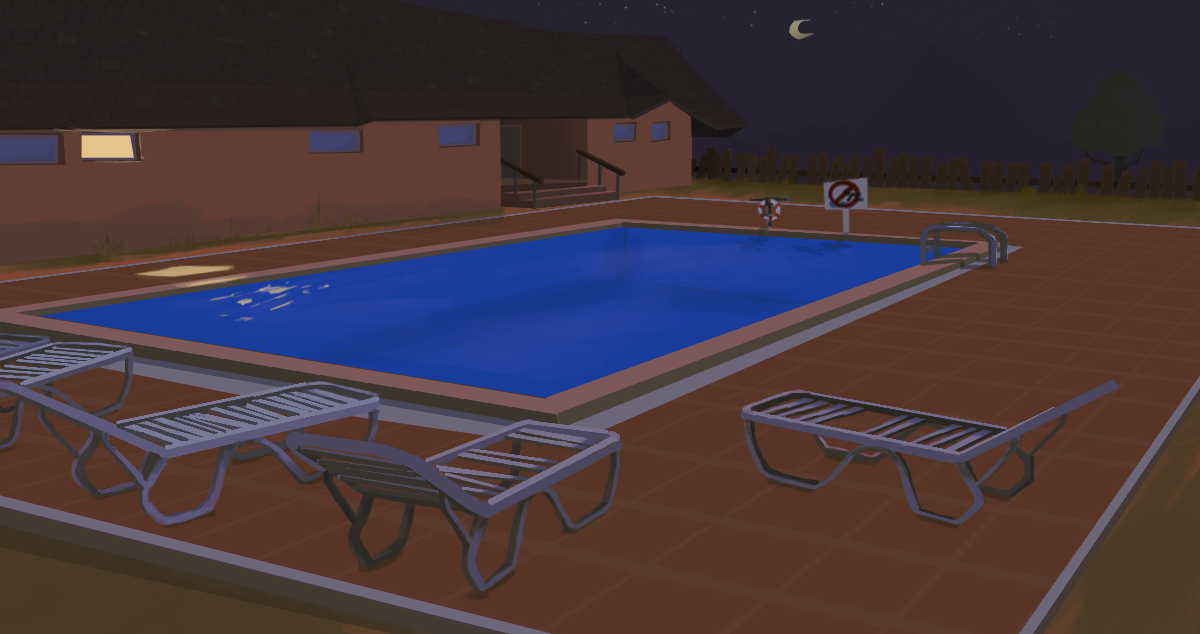 Use the reception book to catch the thief.
Can you discover all mysteries in the outlandish motel? 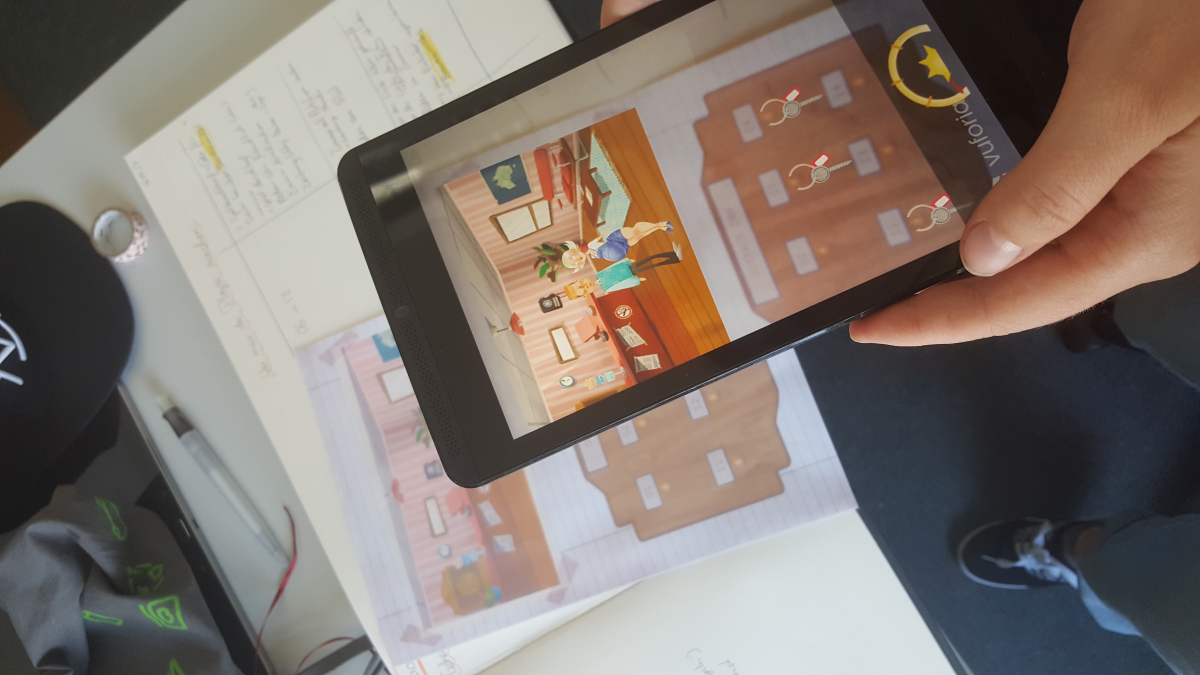 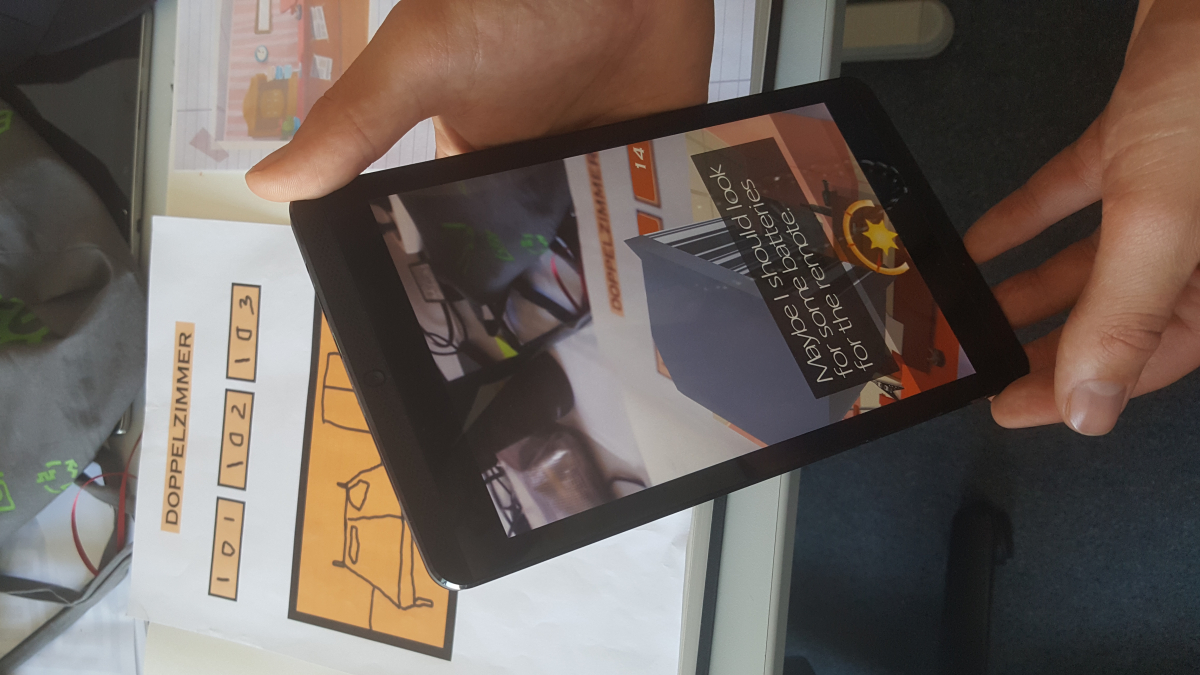 Outback Inn is an AR Book Thriller made in 3 weeks.

Imagine a motel in the 90s, far away from society in the Australian Outback. You just started to work, but there is already the first incident. A thief stole the cash register that you should watch. You don’t want to lose your job, so you move heaven an earth to get it back! You’ve got 1 day!

When the day is over you have to pick one suspect and choose up to 2 evidence you gathered to impeach them. You’ll get a rewarding ending if they fit. If not… just start the day again and use the information from your previous walkthrough.

Print the pages of the „Outback Inn“ reception book and load the app. Use the information in the book to follow suspicious guests and decode correlations. There will happen lots of stuff during the day but only with the app you can fully understand what is going on.
Be alert!

This game was part of my fourth semester. Our team were 4 students from the HTW Berlin and we worked 3 weeks on this game. Because the time was rather short, this is more of a concept of a game than a finished product. 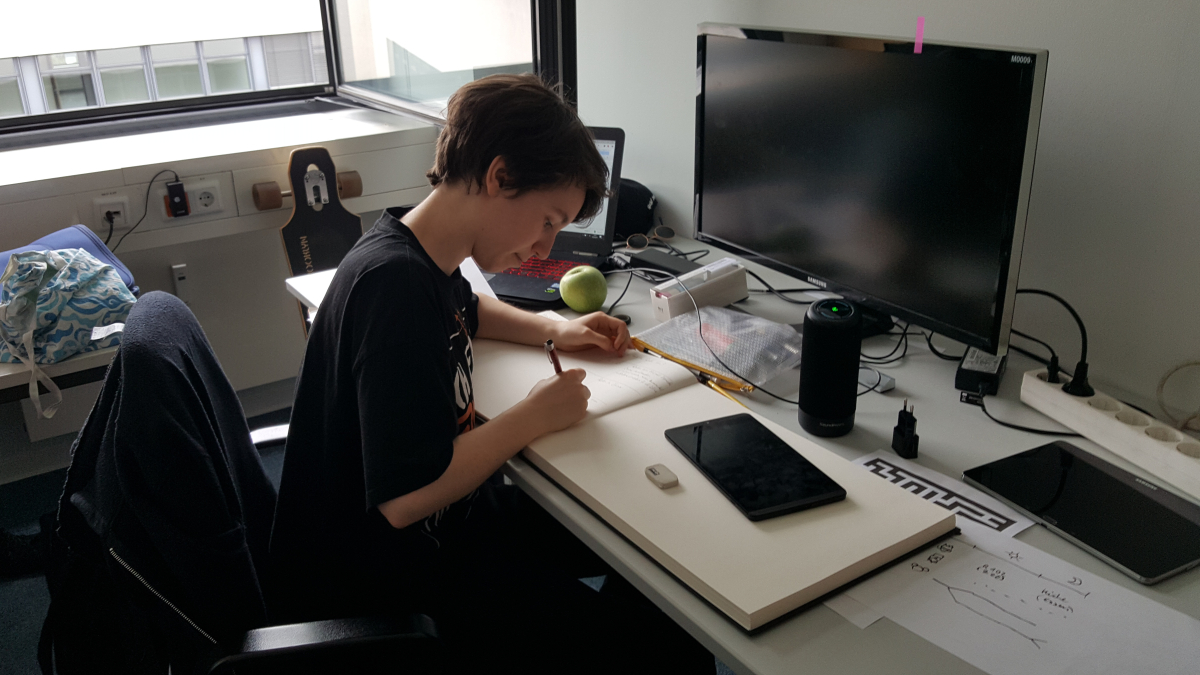 This was my first three weeks project. It was very hard to organise everything. That is why this project is more of a concept than a real game. We used a lot of the time to evaluate and develop the gameplay and story. My focus was on the meta gameplay, meaning that the player has to use the information they learn, independent from what the game presents to you.

It was very interesting to design quests that way.

We created lots of different possible characters for the game. But we couldn’t incude all of them. After we decided which character we use, everybody started to draw the character in their artstyle.

I tried to improve the shapes and the colors, but also get the essence of the character. In this example I played with the long and skinny legs in contrast to the square shaped torso. The way I colored him was supposed to look some kind of flat, but with some texture. I used no outlines in combination with sharp and geometrical shapes and some kind of a chalky texture.

In the end we decided to use a mix between mine and Katharinas style. Because time was short and the deadline near, we had to iterate a fast but good looking workflow to draw all of the characters in different poses in time.

I drew the sketches for the poses to improve our use of shapes and Katharina colored them. This way, we could work really fast and retain a stable quality of our characters.